A candlelight vigil for brothers killed by their uncle

1月25日，美国洛杉矶县阿卡迪亚市，同学手拿蜡烛参加在阿卡迪亚高中举办的烛光晚会悼念两名在家中被害身亡华裔兄弟。上星期五，美国华裔聚居的洛杉矶县阿卡迪亚市发生双尸凶杀案，2名华裔高中学生为15岁的林安东尼(Anthony Lin)和他的哥哥，16岁的林威廉(William Lin)，怀疑被姑父在家中用钝器杀害，其后，杀害两兄弟的姑父搭乘国泰航空离开美国，但香港国际机场被当地警察逮捕。新华社发 (赵汉荣摄)
Students hold a candlelight at Arcadia High School Monday night, January 25, 2016, during a candlelight vigil for the two brothers killed by their uncle in Friday, in Arcadia, California, the United States. Two brothers, 15 and 16, were found by their parents Friday at their home near school. They appeared to have suffered blunt force trauma and were pronounced dead at he scene, official said. They were identified as Arcadia High School students William and Anthony Lin, according to a statement from the Arcadia Unified School District. Their 44-year-old uncle, identified as Deyun Shi, who is suspected of killing the boys after becoming enraged that his wife had obtained a restraining order against him and begun divorce proceedings, fled on a plane to China, but was taken into custody by Hong Kong authorities Saturday as his plane arrived at Hong Kong International Airport, officials said. Authorities are working to have him returned to California. (Xinhua/Zhao Hanrong)(Photo by Ringo Chiu/PHOTOFORMULA.com)

Usage Notes: This content is intended for editorial use only. For other uses, additional clearances may be required. 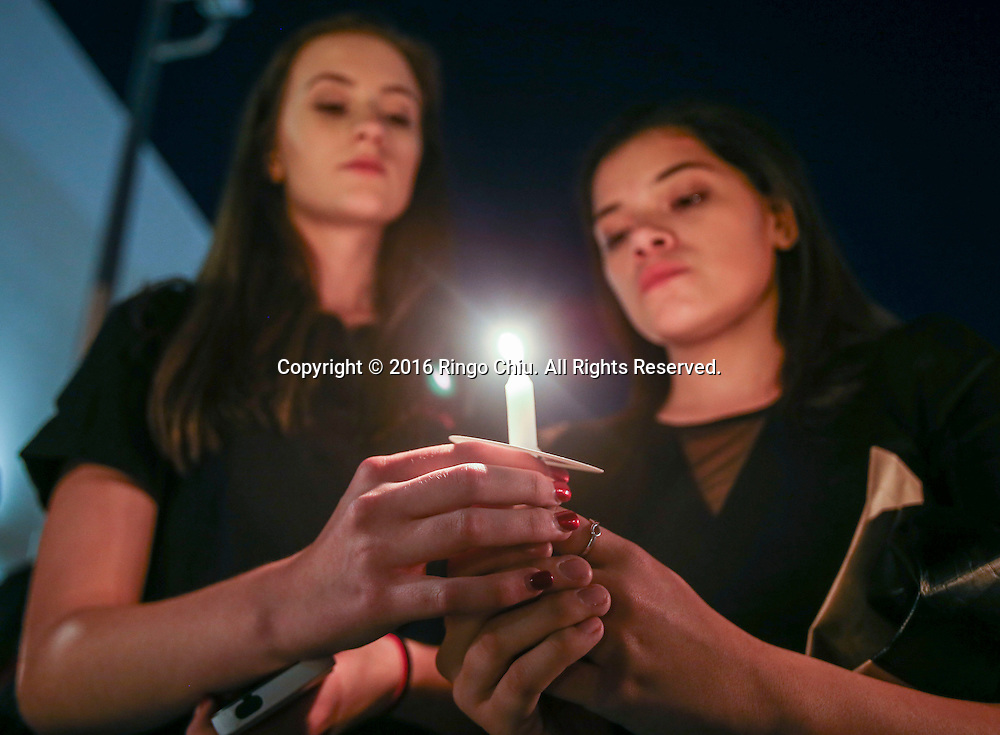