Members of Stop Mass Incarceration Network and supporters protest outside the Los Angeles Police Department Headquarters Friday December 5, 2014 in Los Angeles, California. The protest calling for justice for Ezell Ford, who died after being shot by officers with whom he allegedly scuffled in South Los Angeles Aug. 11, Eric Garner, who died after police in New York put him in a choke hold and Michael Brown, who was fatally shot by a police officer in Ferguson, Missouri.(Photo by Ringo Chiu/PHOTOFORMULA.com) 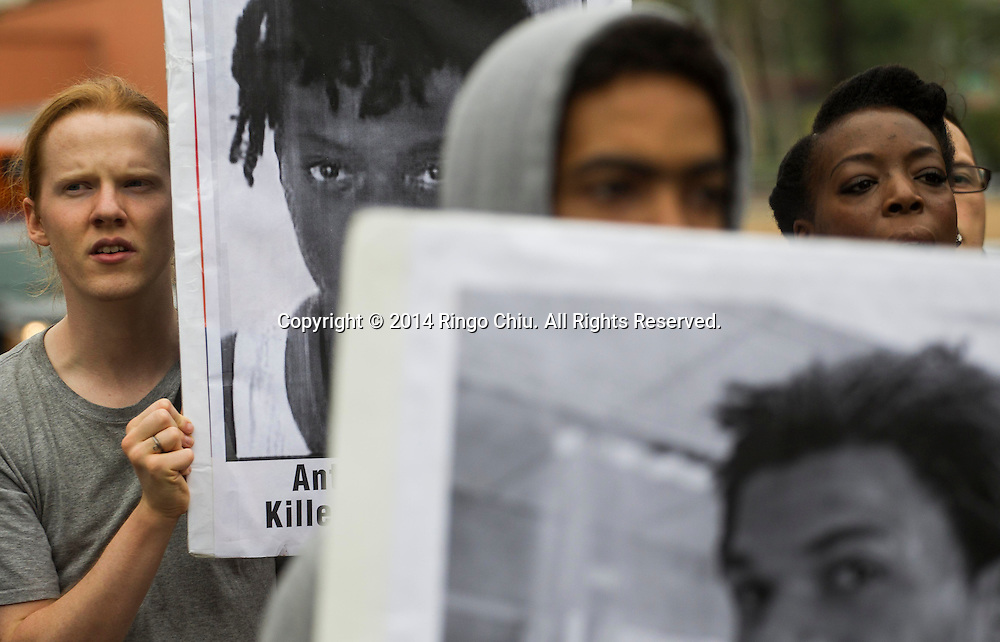