A protester hold a sign as members of the Korean American Forum of California, deliver a coffin to the Japanese Consulate on Wednesday, August 14, 2013 in downtown Los Angeles, California, in memory of Yong-Nyo Lee, who died Sunday and was one of 58 surviving Korean victims and activists of sexual slavery by the Japanese Imperial Army from 1932 until the end of WWII. Participants hold a protest rally to demand an official apology and compensation from the Japanese government. (Photo by Ringo Chiu/PHOTOFORMULA.com) 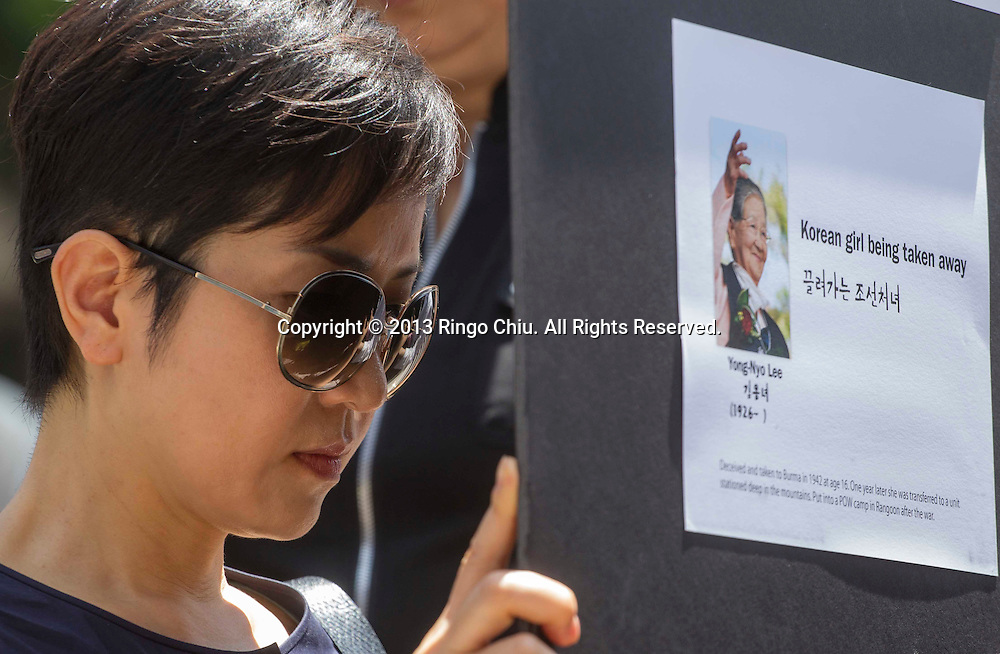