The Nixon Library unveils its latest exhibit, Air Force One

Ed Nixon, the younger brother of President Nixon speaks during a ceremony for the unveiling the latest exhibit, Air Force One, in the Richard Nixon Library & Museum, on Tuesday, August, 13, 2013 in Yorba Linda, California. The new exhibit featuring a 1/20 scale, 7 foot model of Air Force One SAM 26000 – the plane on which President Nixon flew thousands of miles around the world, including as the first President to visit the People’s Republic of China and the Soviet Union. 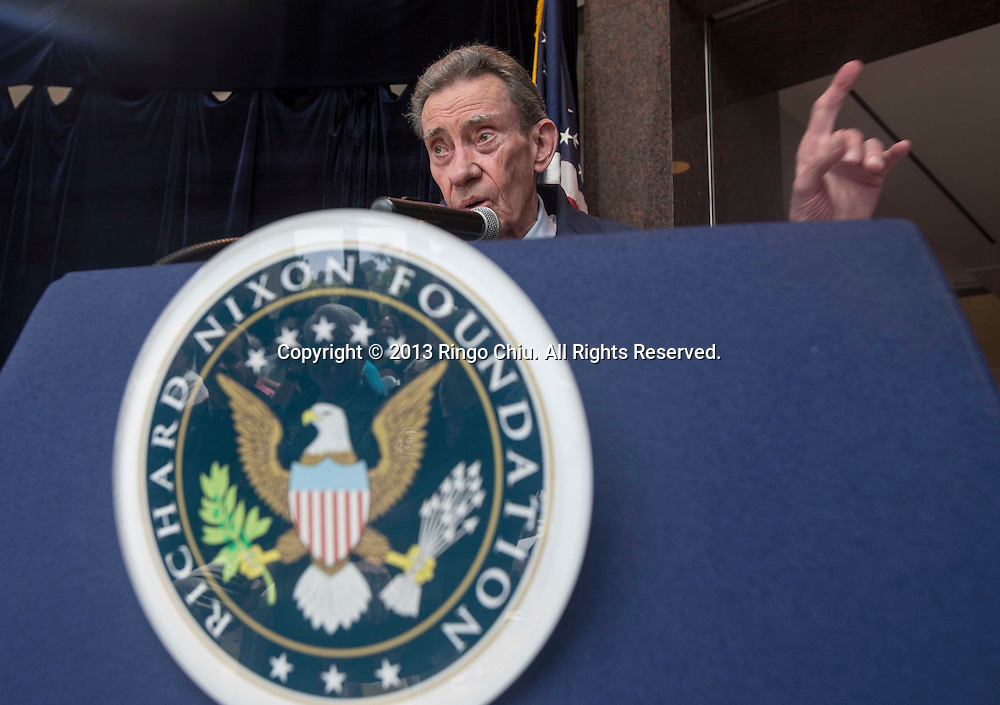